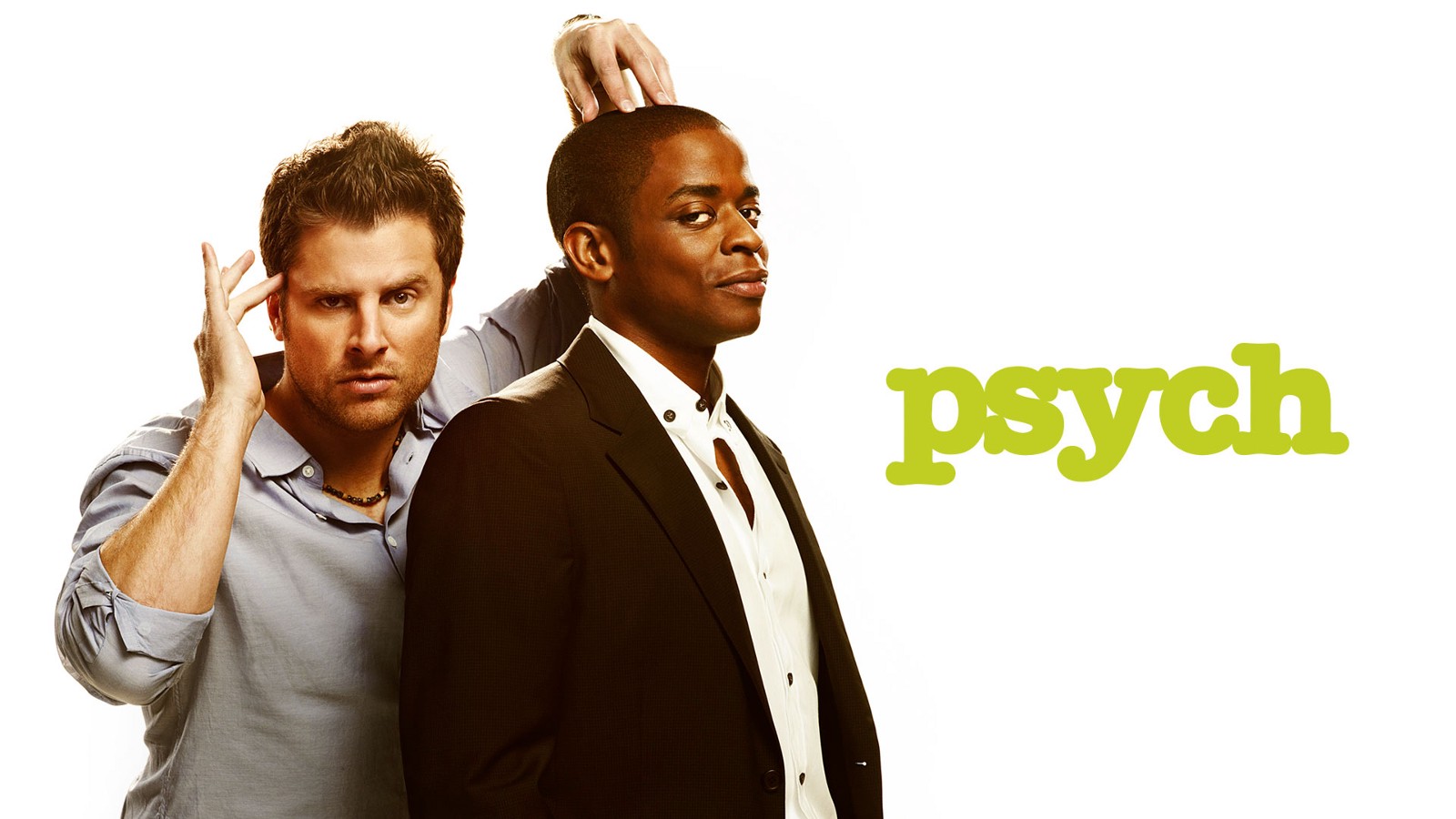 This review is not a review based on one episode, instead, it is a movie review on the entire season.

Shawn and Gus have know each other since they were kids. They both have grown up together and did nearly everything with each other. When they became adults, however, they both went separate ways. Shawn went and tried many jobs, but couldn’t find one that he liked, while Gus did. After accidentally being accused for a crime, Shawn quickly has to solve it to clear his name. After solving that case, he finds that this is the job he is interested in doing, so he and Gus rejoin and form the company called Psych to help people with cases. The thing that is special about their company is that Shawn has the ability to notice things that others would miss. He claims this to be his Psychic abilities, so he does not get in trouble with the police.

Shawn and Gus are always trying to help, sometimes they get paid for it, and other times they don’t. They know that if someone is in trouble they need to jump in and help. Though they lie to the police department about Shawn’s psychic abilities, they still are nice to the police department and respect them to the most part. They are even seen specifically helping Detective Lassiter when he is a down mood.

I’m going to break down the rotten apples content into multiple categories.

People are either killed or commit suicide in some violent ways. People are usually not seen being killed but seen after they have been killed, however there are some exceptions. Blood is seen multiple times in this series. Guns are seen but very rarely used.

Shawn has a thing for the ladies. In one episode, he is seen almost getting ready to get in bed with one, but we see nothing. Other times he is just flirting with them. Once and a while he asks Gus why he talks about important stuff instead of talking about “p-rn.” Both Gus and Shawn try to get the girl in the episode, but neither really succeeds. Once and a while we hear about a naked woman. We also hear of and see partially some naked men after they have been robbed in one episode. In a couple episodes we hear of a man or woman having an affair. One time we see a video of a man and woman having an affair, but we mostly only hear sounds.

Shawn claims to have psychic abilities. This means that he can contact the spiritual world for help when solving cases. This is entirely just a hoax, as all he really is is hyper-observant.

Shawn’s father almost is drinking in every episode. Shawn and Gus are also seen drinking, but the beverage is not revealed. None of them seem to act drunk however, and this may be because they are never seen drinking more than one bottle.

Language is heard in every episode. Words such as “d-m-“, “h-ll”, “a–“,”b-t–“, and the Lord’s name are misused frequently. Once and a while we hear Jesus’ name misused as well. Other name-calls are also used.

Psych definitely has it’s funny parts, and some of the cases are fun to solve, but the rotten apples can turn some families away. Some of the language can get intense in a episode. In almost every episode, however, Shawn’s father is seen trying to teach Shawn a lesson. Most of these lessons are good, and Shawn uses what he learned earlier in life in his later life. This shows how important it is for us to teach important lessons to our children and families to help them be able to grow into good men and woman.