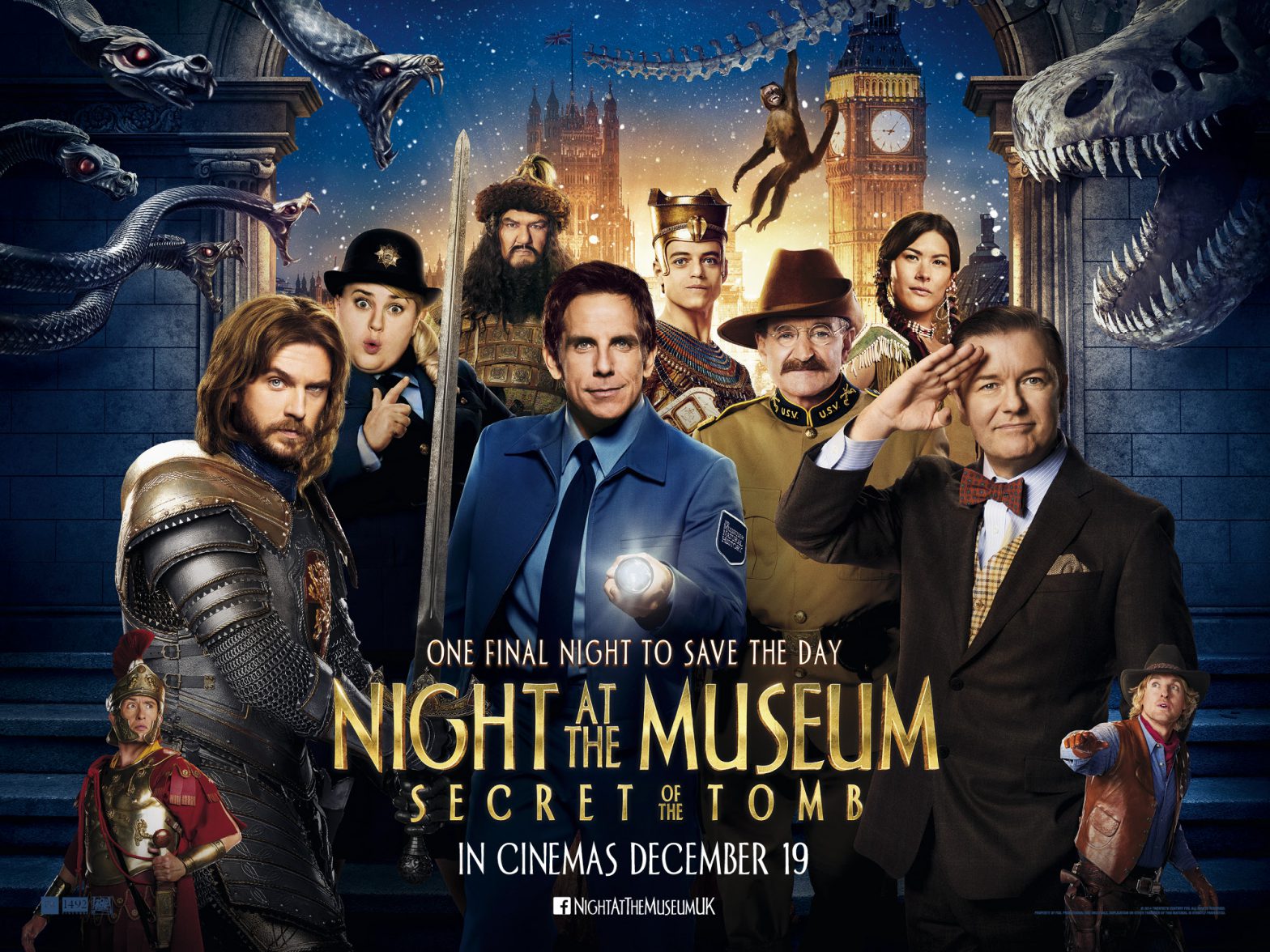 “We all know there is something that is magical about the tablet. The tablet starts to glow and everything comes to life…“

The Night at the Museum series is based on a magical tablet that brings artifacts and statues in a museum to life. Among these people brought to life are Theodore Roosevelt, Sacagawea, Ankmenrah, Jedediah and Octavius. With Larry Daley, the nightguard of their museum, these friends hope to be able to find Ankmenrah’s father, who can tell the gang how to fix the tablet, before all the statues die.

While on the trip, they meet some interesting people, such as Sir Lancelot, the knight of Camelot. As they battle evil serpents and fight against raging triceratops, they all risk their lives to get the tablet back working. This movie has lots of non stop action. Can the gang fix the tablet before it is to late?

Larry Daley cares very much for his friends, he tries to help them as much as he can. He wants to also help teach his son, who tags along in this movie, the way to live a good, productive life. One character comes close to sacrificing his life for another’s life. The characters also learn that they have a purpose that is meant for them.

There is also a mention of how the Jews left the Egyptians to escape from slavery. Also, in one part of the movie, Jedediah says we’re just like God made us. Jedediah and Octavius are very close friends, sticking together no matter. When a few of the friends get lost, the rest stop what they are doing to save him, even stopping the mission. All together, they all show very good friendship.

Ok, though there are some great examples of friendship here, there are some problems. To start, the tablet is said to be magical. Ankmenrah’s father says that the moon god powers it. This also brings up the conversation that different people serve different gods, such as their ancestors and a goat god. This leads to the conversation about the Jews, which actually tells a little bit about the book of Exodus, but it doesn’t go far.

Larry’s son, Nick, is seen disobeying his father. He hosts a party without his father’s permission. Also, Lancelot tells Nick that he shouldn’t let anyone get in between his love life. Also, Laaa, a caveman, thinks that Larry is his dad. Laaa treats him like his dad also. Laaa also starts a love relationship with the security guard at the British museum. Dexter, the monkey, kisses Larry on the lip once in the movie. Dexter is also seen peeing on people twice in the movie. We see nothing, but that doesn’t make it okay.

Night at the Museum 3 is a very thrilling action movie. It has some good lessons in friendship, but there is some stuff you may want to consider before watching this flick. I would say it is family-friendly, so you don’t need to worry about the rotten apples that much. If you would like to buy the movie, the links are below. Please comment below to let us know what you thought about the movie or what you thought about the review.