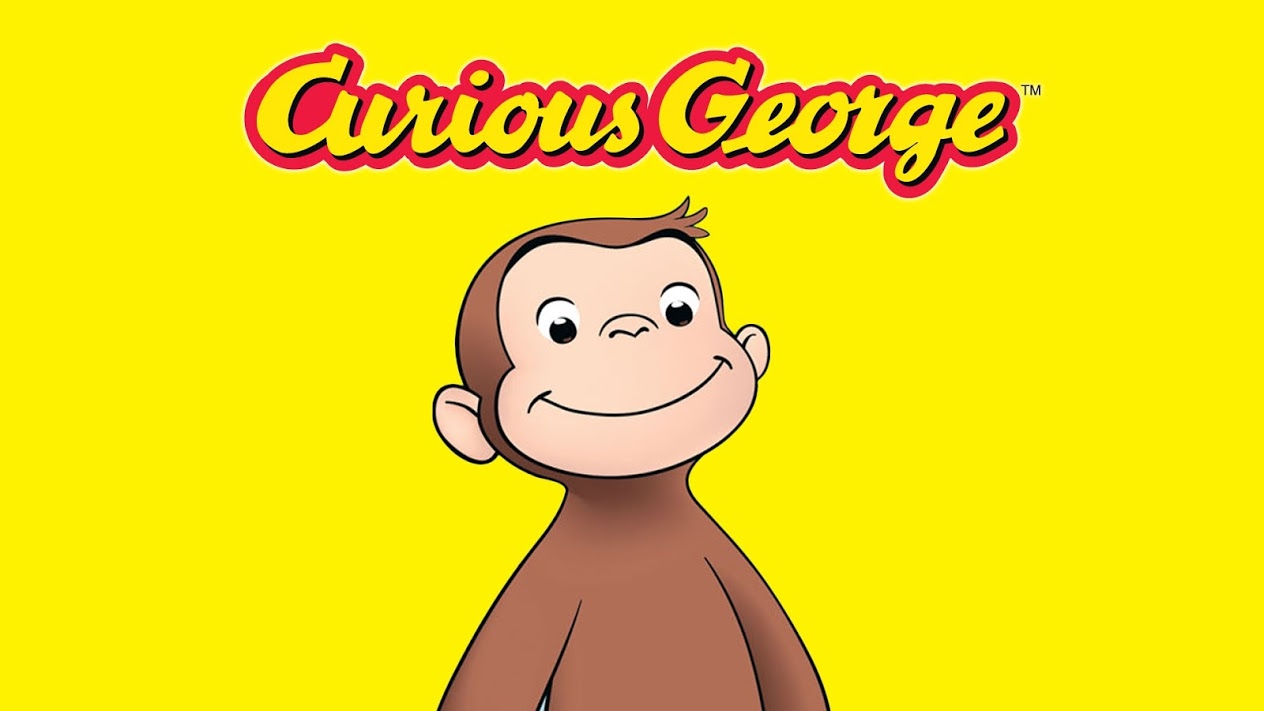 This movie is a G movie. It 100% kid-friendly and will be enjoyed by the entire family. The only things to point out are that there are a few small name calls and in the movie they are looking for a lost idol.
I am going to reveal the plot in this review, so expect spoilers ahead.

George is your ordinary monkey, with extra curiosity. He likes to find out how things work and is amazed by they do. He can be mischievous at some points, but that is out of the picture. When he eating a banana in the tree, he sees a huge banana. He quickly follows it to find a man is wearing it.

When he meets Ted, Ted doesn’t want to play, until George takes his hat. When he does this, he begins to play peek-a-boo with him. Then he has to leave. After a lot of struggle, he finally gets his hat back. Then he goes back to his camp. George continues to follow him.

I wanted to start with George, so I will go back to Ted’s background. Ted is a museum worker, who has promised that he will go find a lost idol. He needs to do this, otherwise he will end up jobless because the museum has to close.

This brings Ted to the jungle, where he meets George. Then Ted goes back to looking for the idol. When he finally reaches the end of his map, he find’s nothing but a 3 inch tall version of the idol. Disappointed, he calls his boss. When Ted sends a picture, his boss thinks it is the real thing. Ted and his boss don’t understand each other, but Ted is depressed.

George grabs his hat during this scene. Ted says,”Keep the hat.” Then leaves for the States. George didn’t understand, and he wanted to return the hat, so he goes and jumps on Ted’s boat and comes back to the States with him.

When they finally reach New York, Ted learns that there are a bunch of signs everywhere saying he found the real idol. This puts him in even more misery. He just goes home so that he can straighten his head.

When Ted is taking some crazy directions to get home, George is trying to stay alive and find the man with the yellow hat. When he finally finds where he lives, he goes inside and hides in the hat.

When Ted sees the hat, he doubts that it is his. When he finds there is a monkey in it, he tries to hide it fast, because there is a no pet policy in his apartment that is enforced by a huge security guard named Ivan.

When Ivan comes to his house, he doesn’t find George. As soon as the guard leaves, Ted learns that George went up into the air ducts and is painting the walls in another rich lady’s house. Ted tries to get him out of there, but the guard finds them and shews them out of the building.

Finally, with no where else to go, Ted goes the museum. He finds his boss and shows him the sad news. The boss is depressed because now he will have to sell his property to his son so that it can be remade into a parking lot. Ted feels awful.

Quickly, Ted comes up with an idea. What if he just made the idol he had bigger? He goes quickly to meet with an old inventor friend of his. The inventor doesn’t have any ideas, but George comes up with a solution. He makes a projection of it, which makes it bigger.

They quickly go and show Ted’s boss, who likes the idea. Ted’s son, who was ready to sell the property, quickly pours some coffee in machine, causing it to malfunction. Then the son blames George.

George is taken by the Animal Control agency, who put him back on a boat to Africa. Ted, in despair, does;t know what to do. As he is walking along the streets of New York City, he realizes that he needs George. Quickly, we runs to get George. He goes and grabs him. With them both on the boat, they learn that the tiny idol had a map. They quickly get to Africa. Once they get there, they follow the map and find the giant idol. Then, they hurry back the States

In the end, the museum doesn’t have to close. It has a new exhibit that brings in a lot of money. The museum uses the money to expand itself. Now it has some new attractions for the kids. As George plays with the kids, Ted bumps into Ivan, who says he can have his room back. Ted gets to keep his job as well. Everything works out, except that George launches a rocket in which Ted quickly jumps in and then they begin to circle the earth, but Ted wants to be back by night, because he has plans.