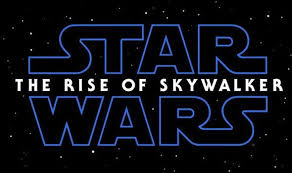 After losing Luke, Rey is almost hopeless. She does not know who will train her now, but Leia Organa steps up to the plate. As Rey continues to train, Kylo Ren finds that Palpatine never was completely killed and is still alive. Palpatine reveals his plans to use his Final Order to once again rule the galaxies, but first, Kylo Ren must get rid of one person, Rey, the only Jedi left that can stop Palpatine. Rey feels the same mysterious feelings as Kylo Ren does, but she still has many unanswered questions about herself that she is desperate to know the answers to. Will Rey and her friends be able to stop Palpatine, or will the Final Order rule all? Will Rey find out who her parents are?

Though evil seems to encircle all things with the First Order at the helm, there is always a speck of hope found in the Republic. Throughout the movie, we see people giving their lives and time to help the cause. As Rey learns her new powers, she uses them to help others, even her enemies. None of Rey’s friends desert her. One person specifically is seen giving up his life for another.

Palpatine isn’t just the old scary makeup he used to be. Palpatine now has eyes that are blank as many of his subjects also have. He, in his dark world, may look terrifying to some viewers. His voice also can cause chills for some. Besides Palpatine, many people are shot with laser guns. These people are left holes in their body and most of them die from it, only a little blood from scraps are shown. No huge amounts of blood is ever really seen. Light-saber battles also occur many times throughout the movie, and a couple times people are stabbed and nine times out of ten this is fatal.

One unmarried couple kisses. Two women kiss each other in celebration at the end of the movie. This is sickening that this could be in a movie. It really was unnecessary, and there was no other sexual content worth pointing out.

At one point in the movie, the group of friends are in a tunnel and C-3P0 says, “Are we in the afterlife? Are droids allowed here?” Though the line is funny, it still is worth pointing out. The Force what gives the Jedi and Sith their power, but it is looked as some sort of deity. Rey and another person are seen meditating, trying to call out to other Jedi from the past.

Poe has a shady background of at one point being a spice runner, however, he has moved on from that life and now puts all his effort into the Republic.

3 uses of “h-ll” are heard throughout the movie. We also hear 1 “a–” and 2 “d-m-“, one with it at the end of it. This is a little more language that some of the other films of the sequel trilogy.

“May the Force be with you…”

This is not only the end of the sequel trilogy, but also the end of the Skywalker saga. It may be sad for some, but Star Wars is going to be getting a break for a little while. The tales of Darth Vader, Luke Skywalker, Rey, Yoda, and all those other heroes has come to an end, but a new trilogy will be born. Overall, this was a good ending to the Skywalker Saga. There were a few things I would have changed to make it more appropriate. There also would have been a few plot changes I would have used, but overall I think J. J. Abrams and the crew did a pretty good job sealing the trilogy.